This is our first release of this year. Keep a watchful eye on us!

Please kindly go ahead with the highlights for the latest release.

This version includes a number of updates that we hope you've found some of them helpful.
The key highlights are:

We have added support for useful language features currently in ECMAScript and TypeScript.

While DeepScan provides Visual Studio Code extension, it has the limitation for transferring the file to the DeepScan server and analyzing a file one by one.

New embedded mode works standalone without DeepScan server. It works with the local language server so you can directly analyze the whole project on your local.

Note: This feature is only available under a paid license. To activate this, contact us at support@deepscan.io.

You can directly inspect your JavaScript code on the fly in your IntelliJ, so find your code issues at development time earlier.

Note: This feature is only available under a paid license. To activate this, contact us at support@deepscan.io. 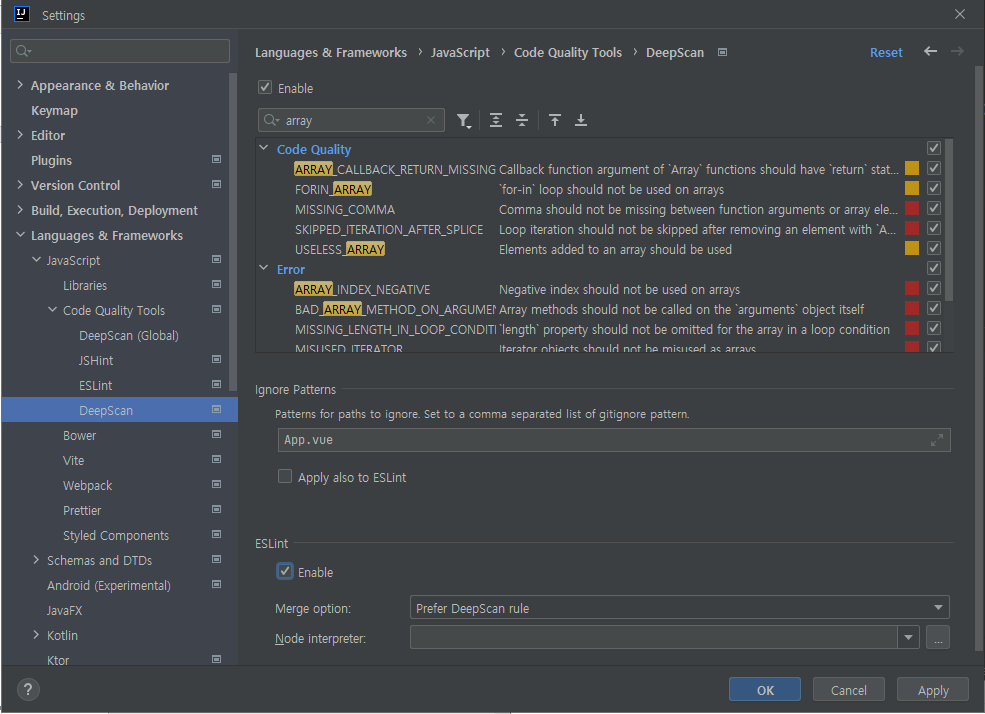